In general, all events should follow the structure below: 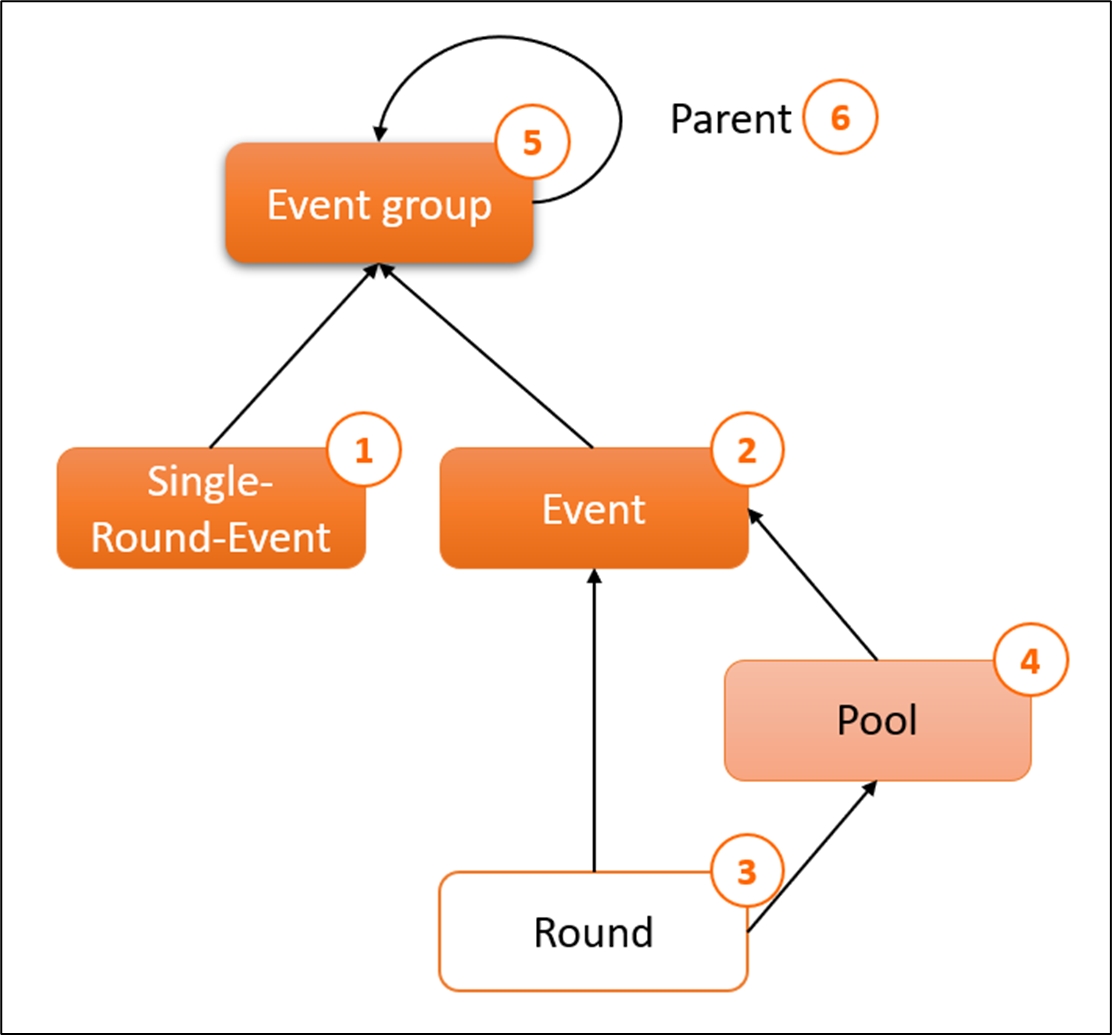 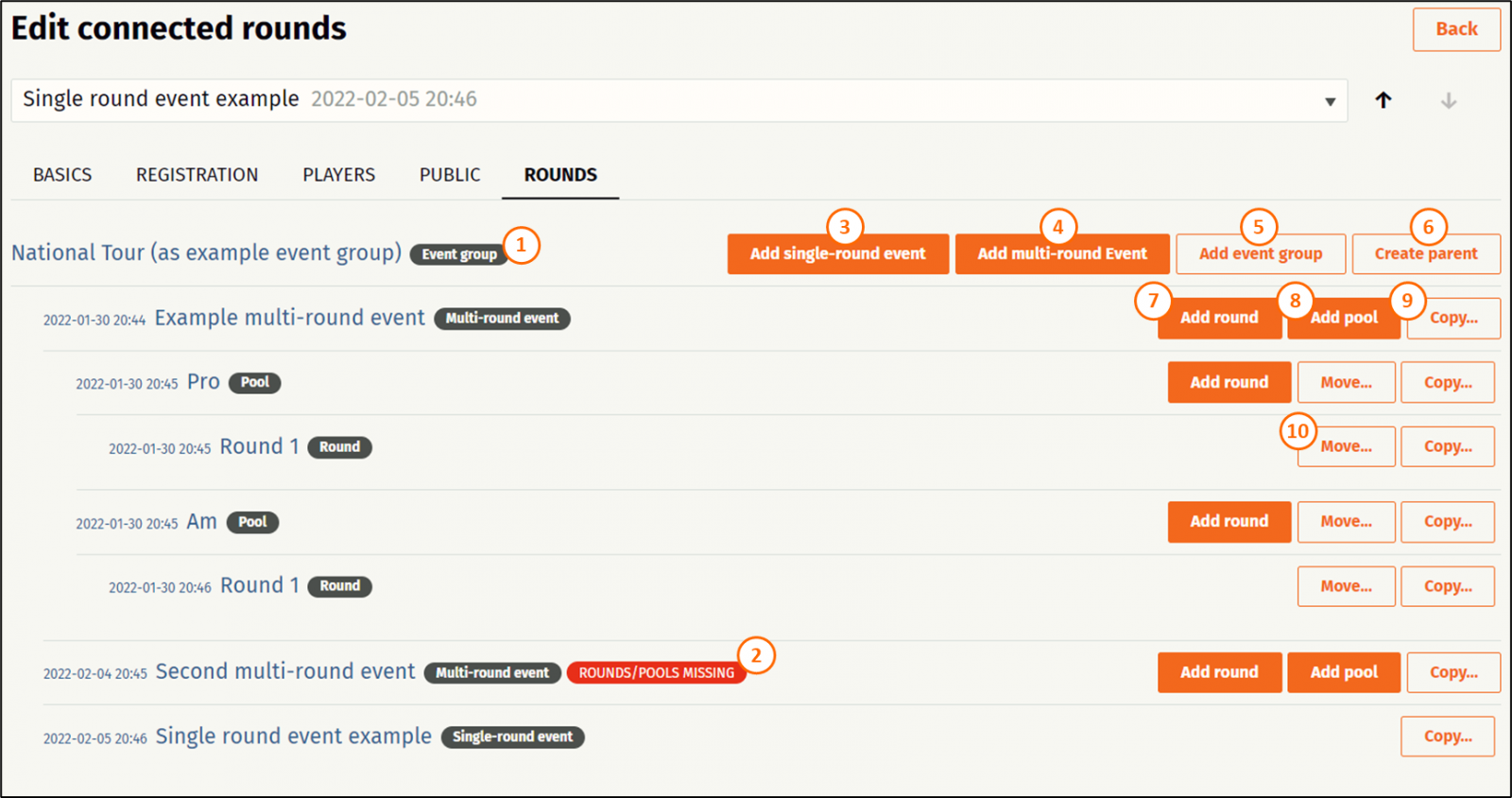 Make sure that all records have correct start times after changing the structure since start times are used to sort event structures in multiple places in the system.

More information about creating rounds and copying competitions can be found here.