Add new round to a competition

New competitions/rounds can be created from "Edit competition" --> "Rounds": 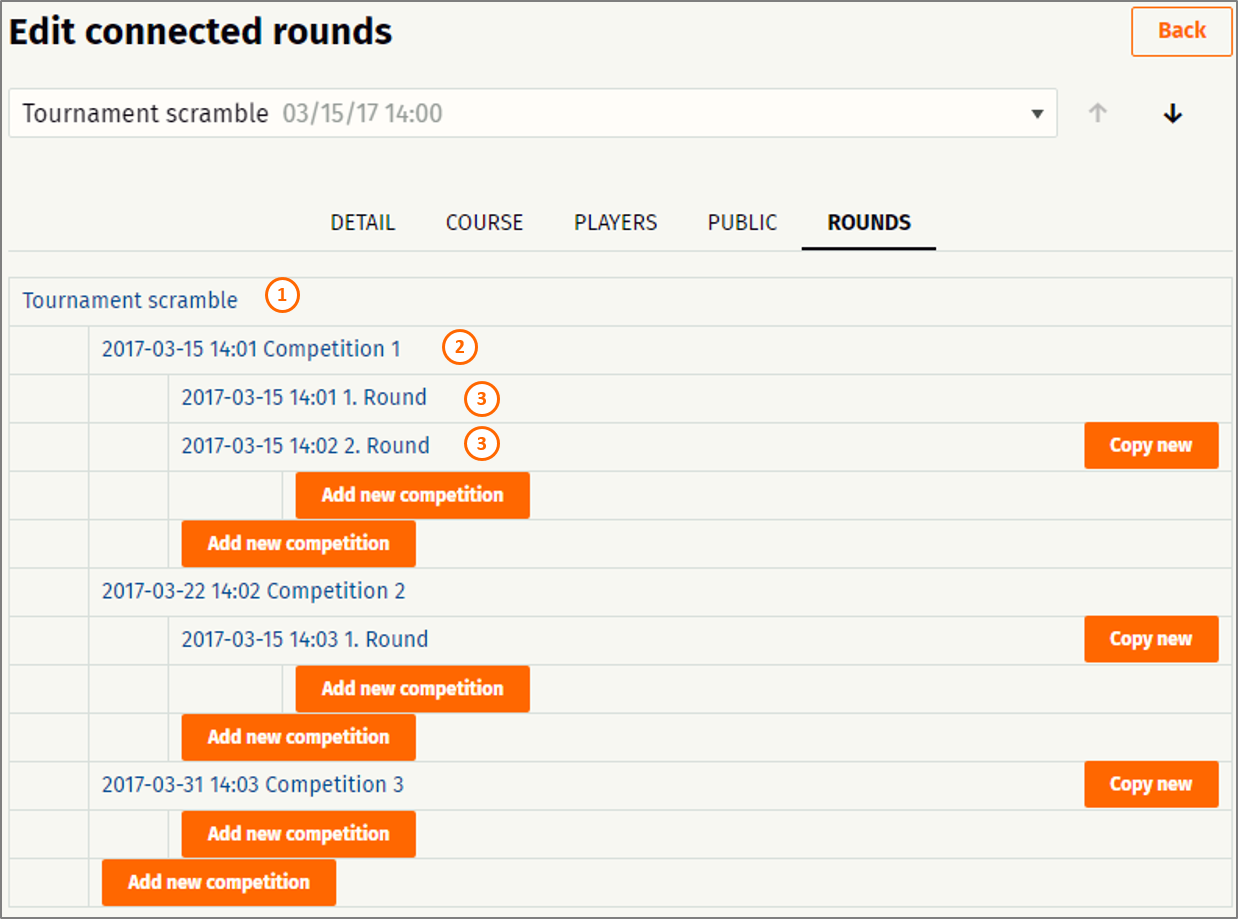 Visibility of Copy/Add buttons depends on the current state of the related round/competition.

What's the difference between copying and adding new?

"Copy new" takes all the available settings and related data from parent or sibbling when creating a new round. This means for example using the same course and same players. Copying works differently when current competition is the only competion in current structure. Or if structure already has multiple competitions/rounds in it.

Systems tries to figure out what you're trying to do and gives a default name for the new competition accordingly. But for more complex competitions you should always check the name and schedule.

Both options will get some settings from it's parent like classes and "weekly tables" and other points systems.

When to create new rounds? Before hand or after previous rounds?

This depends and is also a matter of preference. But both are possible options. After getting familiar with the system it doesn't really matter, but in the beginning when organizing official competitions it's better to play it safe and create everything before hand.

When creating all rounds beforehand, you might want to know more about managing players and generating groups.

Creating a new round after completing previous one 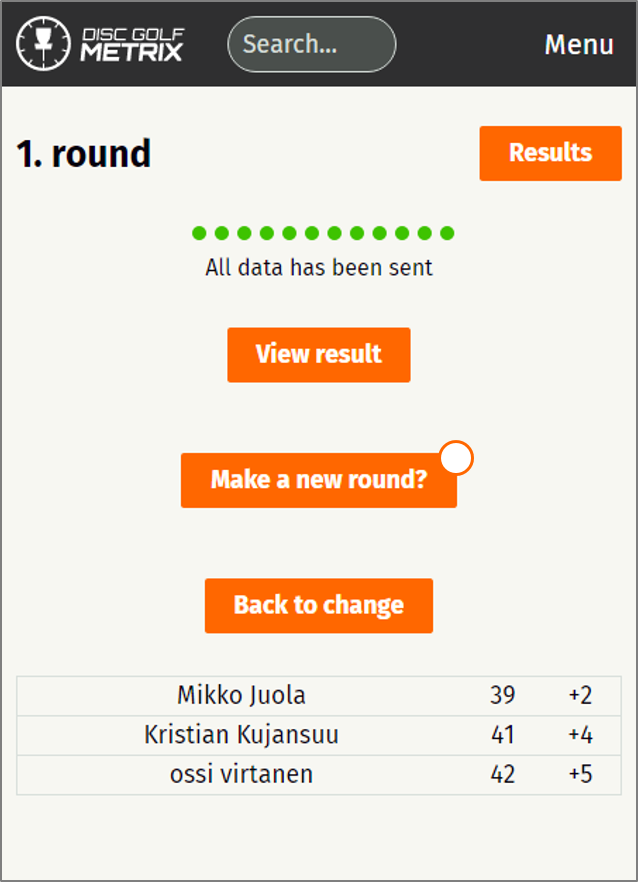