For competitions it's quite important to be able to assign players to different groups and record hole-by-hole scores for selected group. This tutorial explains different options and settings related to automatically generating and manually assigning players into groups.

Groups can be managed manually from the players list (1) and automatically via "Auto groups..." button (2). 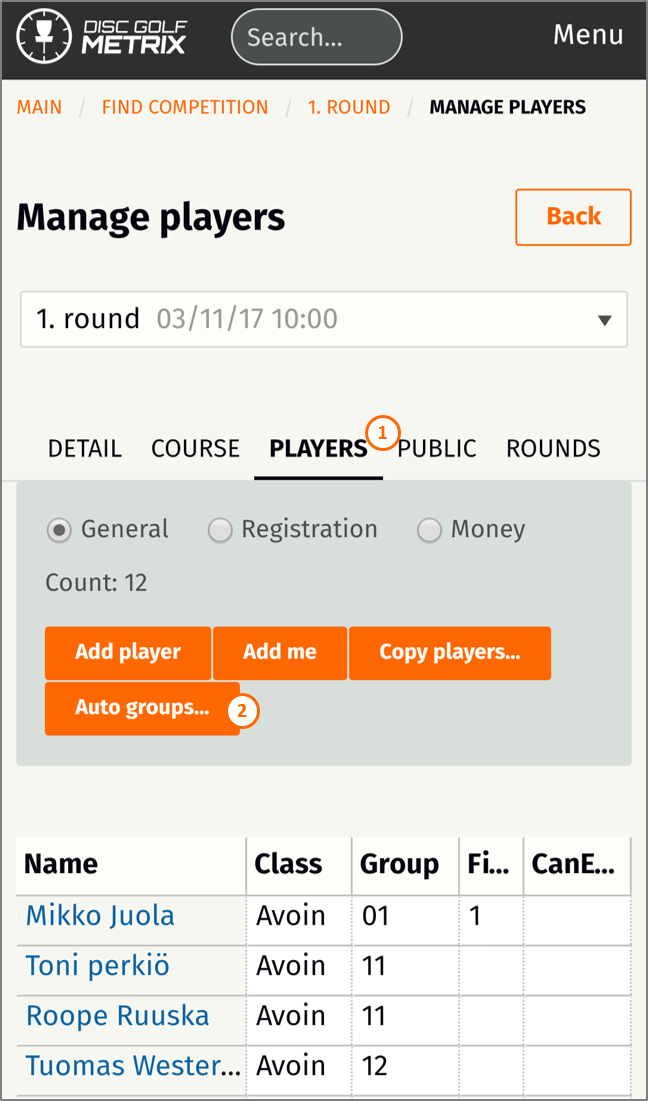 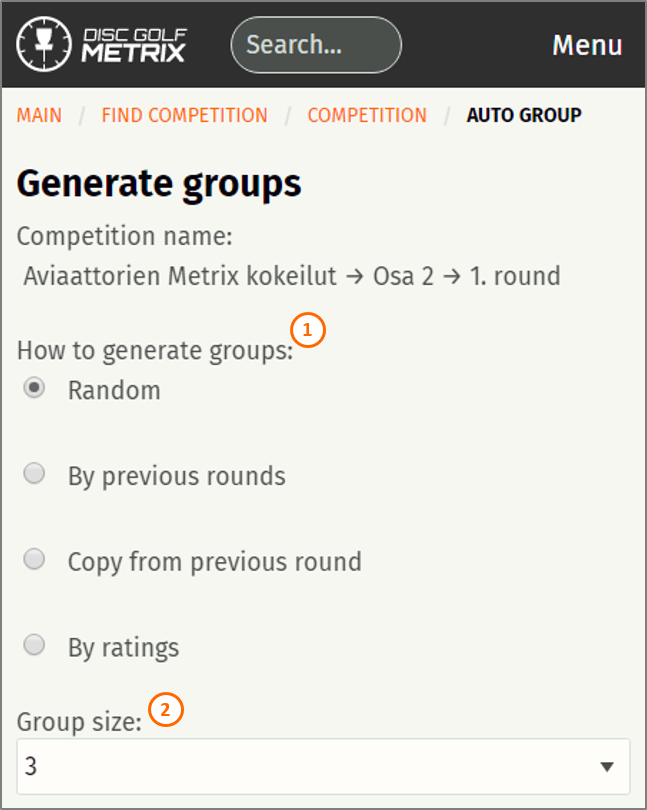 Tournament director or other officials can also manage groups directly from the Players list. This is useful when making small adjustments to automatically generated groups or when assigning players to fixed groups before generating the rest. 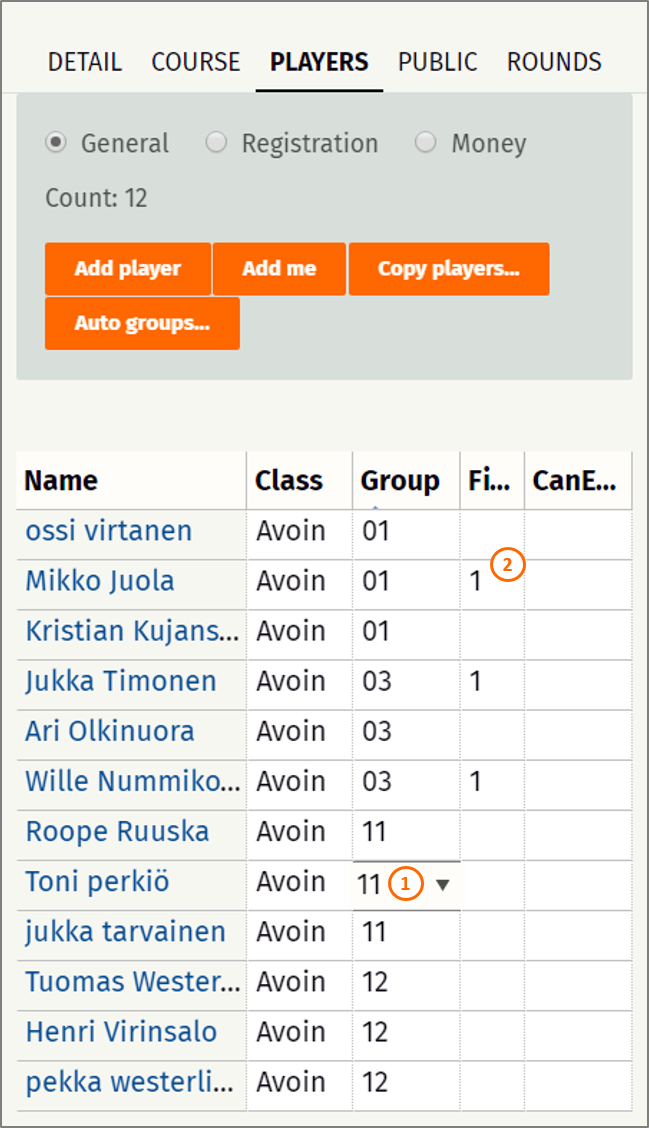 Remember to save your changes after modifying data in the table!